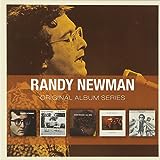 George Washington was a white man
Adams and Jefferson too
Abe Lincoln was a white man, probably
And William McKinley the whitest of them all
Was shot down by an immigrant in Buffalo
And a star fell out of heaven

“You better eclipse yourself outta here, son
And find yourself a tree
There’s a lion in the front yard
And he knows he won’t catch me.”

I don’t believe in evolution
But it does occur to me,
What if little William Howard Taft had to face a lion
Or God forbid, climb a tree?
Where would this country be?

I’m dreaming of a white President
Buh buh buh buh
‘Cause things have never been this bad
So he won’t run the hundred in ten seconds flat
So he won’t have a pretty jump shot
Or be an Olympic acrobat
So he won’t know much about global warming
Is that really where you’re at?
He won’t be the brightest, perhaps
But he’ll be the whitest
And I’ll vote for that