Mark Lewisohn, «The Beatles Recording Sessions» and «The Beatles Chronicle».
L.R.E. King, «Do You Want to Know a Secret» and «Fixing a Hole».

In spite of all the danger (McCartney–Harrison)

You’ll be mine (Lennon–McCartney)

All things must pass (Harrison)
George recorded a demo of the complete song in February 1969, which is on the CD «Anthology 3». The Beatles had tried it in January but never got back to it. George of course recorded it in 1971.
Goodbye (Lennon–McCartney)
Single by Mary Hopkin, March 1969, produced by Paul. A demo by Paul has been bootlegged.
Come and get it (McCartney)
Single by Badfinger, December 1969, produced by Paul. A nearly identical demo version by Paul has been bootlegged.
Penina (McCartney)
On obscure recordings by the group Jotta Herre, the hotel band at the Hotel Penina in Portugal, and then soon after by the Portuguese singer Carlos Mendes, both in 1969. Paul sings part of it during the «Get Back» sessions, bootlegged.
Get Back tapes
This is the morass of any project attempting to list unreleased Beatles songs. Firstly, do you want to call rehearsals and partial, off-the-cuff renditions Beatles versions? And then there’s the problem that more Get Back stuff is still leaking out, and who can keep up with it. But I’ll toss out a few lists of songs more or less performed. I’ll skip the fact that much of «Abbey Road» appears here too. For much more detail, see the book «Drugs, Divorce and a Slipping Image».
Known or possible old Lennon–McCartney originals: all are fragments and the titles are speculative in most cases
Hot as sun [with words], I lost my little girl, I fancy me chances [?], If tomorrow ever comes (I’ll wait till tomorrow), Just fun, Thinking of linking, Too bad about sorrows, Wake up in the morning (Because I know you love me so), Won’t you please say goodbye
Improvisations or work songs never finished
Commonwealth/White power/Can you dig it medley (Paul and John), How do you tell someone (George), I look out the window (George), I’m going to pay for his ride (Paul), Madman (John), Negro in reserve (John and Paul), Pillow for your head (Paul), Shakin’ in the sixties (John), Taking a trip to Carolina (Ringo), There you are Eddie (Paul), Watching rainbows (John)
Songs Paul finished later
Another day, Back seat of my car, Every night, Suicide, Teddy boy
Songs John finished later
Child of nature [as Jealous guy], Give me some truth
Songs George finished later
All things must pass, Let it down, Hear me lord, Isn’t it a pity
Note: On the unreleased «Get Back» albums, «The Walk» is the Jimmy McCracklin hit written by McCracklin, and the opening instrumental sometimes called «Rocker» is pretty much «Down the road a piece» by Don Raye (recorded by many artists including Chuck Berry).
Soundtracks 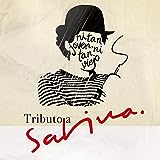